Corduroy, the oldest living domestic cat in the world 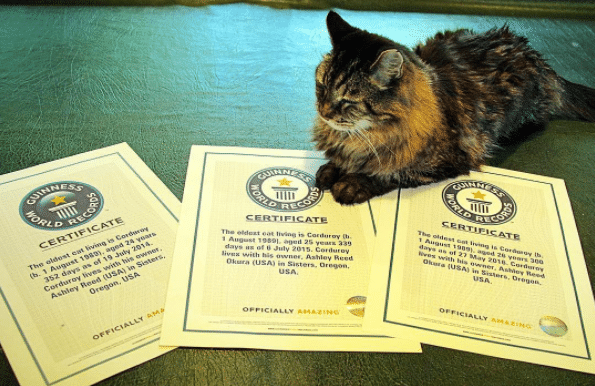 Cats are known to have nine lives, but this cat from Oregon, United States has surpassed this old saying almost literally. This miracle cat is known as Corduroy. 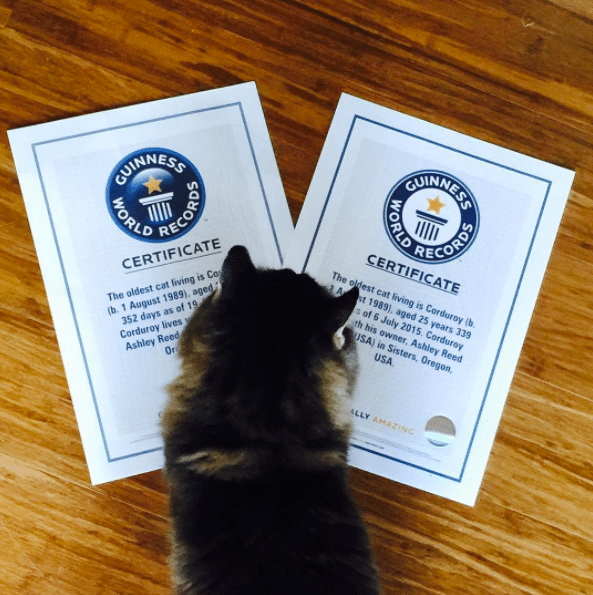 The name of Corduroy has been added to the Guinness Book of World records as the oldest living cat on earth at 26 years. Cats are known to have better ability to survive accidents or mishaps as compared to dogs, making them all the more interesting as pets. The life story of Corduroy is very interesting due to his ability to not give up. Even though this cat is 26 years, it refuses to act like one, by jumping onto countertops and equally enjoying his outdoor sessions at this age. 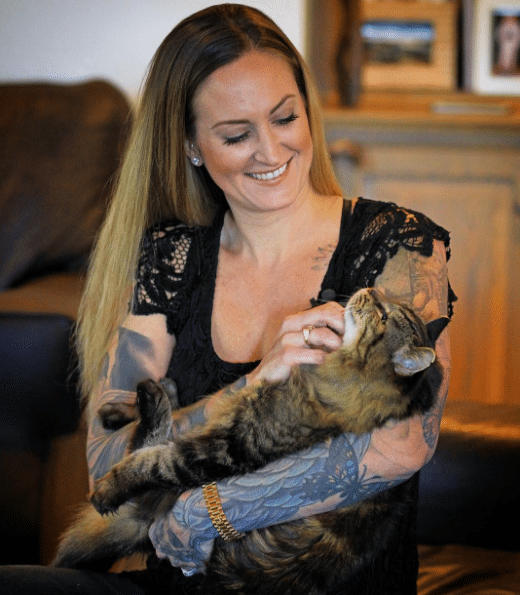 Corduroy was born on August 1st, 1989 as a male domestic cat in Oregon, United States. Corduroy has lived with Ashley Reed Okura since she picked him up from a litter, when Ashley was 6 years old. Corduroy has his name written in the Guinness Book of world record after the passing off of the Tiffany Two, a cat that has lived for 27 years, 2 months and 20 days. Nutmeg, a tabby cat celebrated his 31st birthday and has been with his owners since the last 26 years. When Corduroy was adopted by Ashley, his brother Batman also came home with the family that same day. Batman was not as lucky as his brother Corduroy and lived only for 19 years. 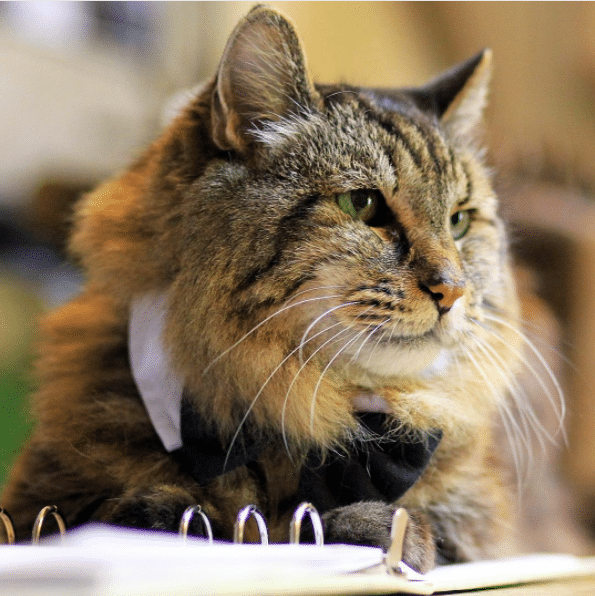 Corduroy is a Maine Coon cat breed, which has an average lifespan of 12 to 15 years, but this strong feline has doubled that. He is 120 years in people’s years. 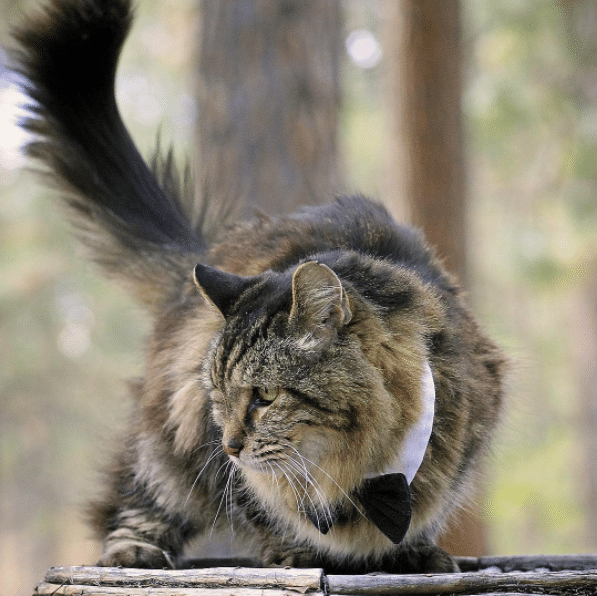 Corduroy is a cool and mellow cat that loves to enjoy life to the fullest. According to Ashley the secret to the longevity of this oldest domestic cat is hunting and lots of love. Ashley believes that allowing your feline to live life like a cat without any restrictions has had a very positive impact on his health and personality. 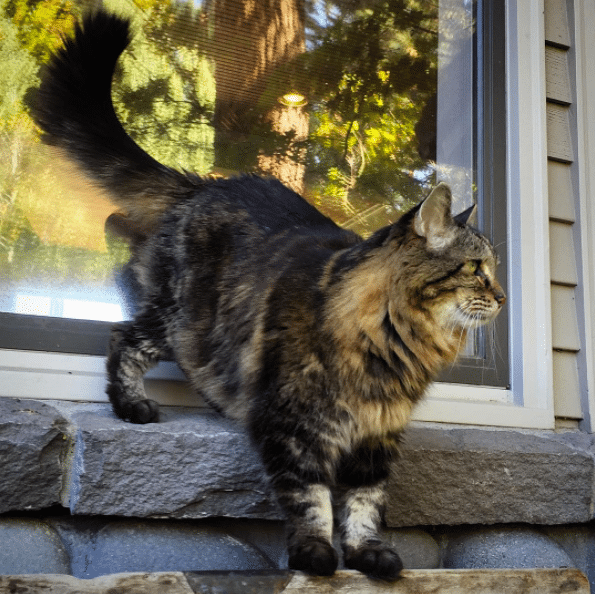 She allowed Corduroy to roam around freely in the ranch so that he gets lots of exercise. This cat used to roam around in the outdoors, eating and taking catnaps most of the day. 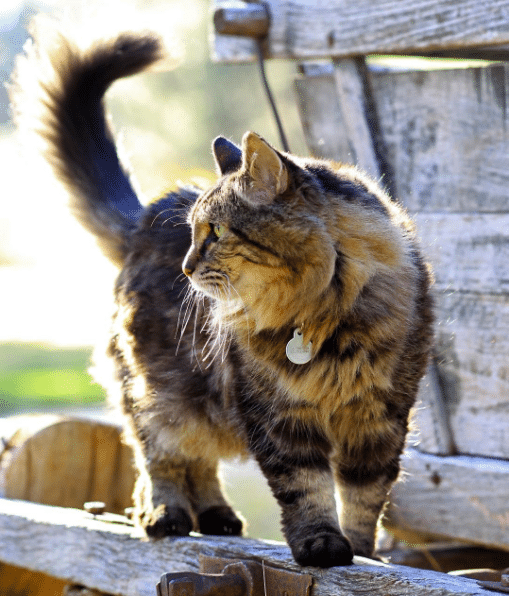 One of the factors that helped in improving this cat’s longevity is that his owners did not declaw this cat and allowed him to go outside to roam. 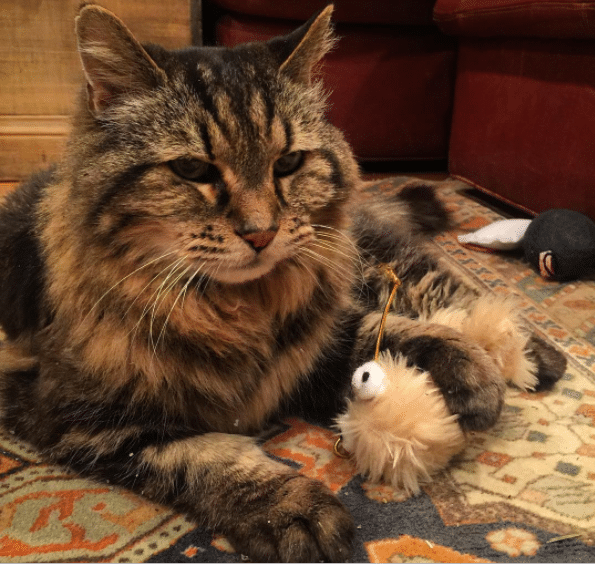 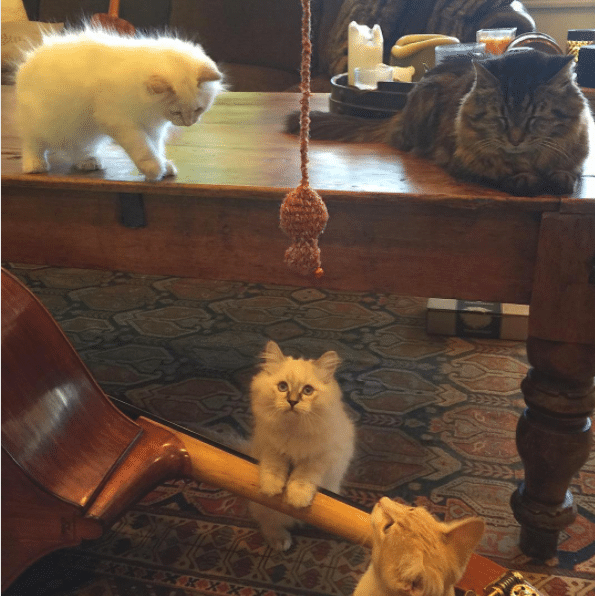 According to Ashley he is a wonderful companion and has been around with the family through every aspect of their lives. He is patient and loves the company of children and other pets. 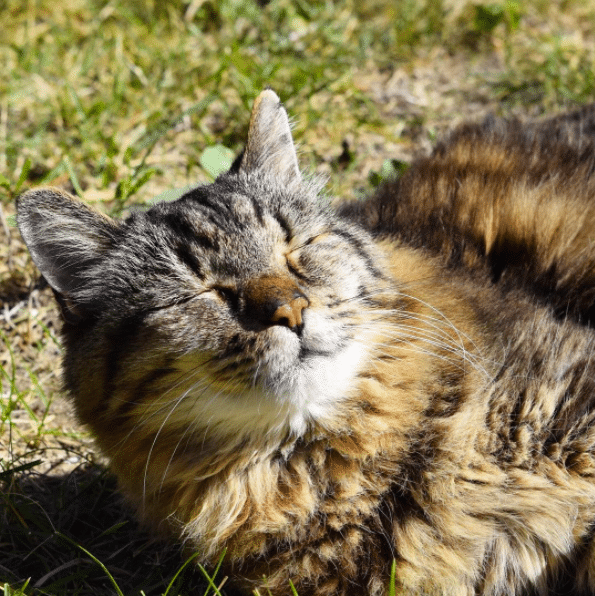 He loves cuddles and catnap under the sun. He still catches critters, but is not as good as he was in his younger days. 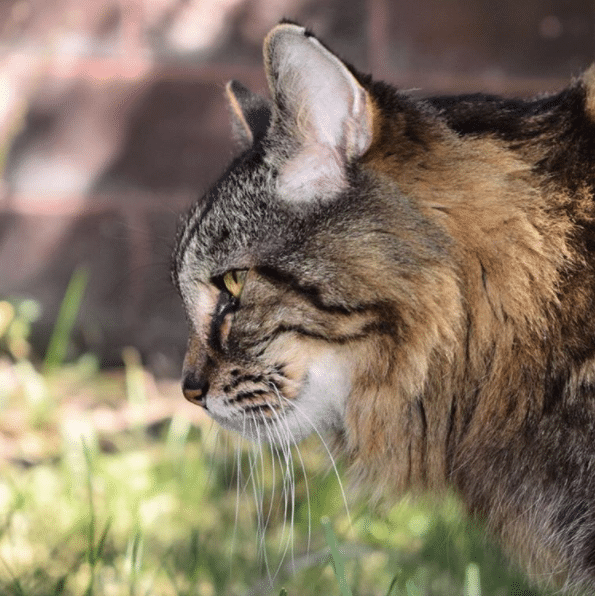 Corduroy kept his body and mind healthy by hunting and by defending himself. Longevity runs in the family because even his brother Batman lived for 19 years. 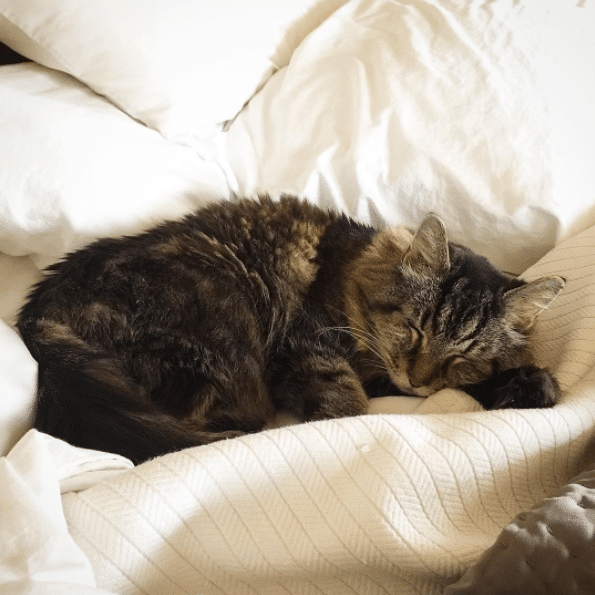 Cordyroy, the oldest domestic cat glides up the stairs and jumps on to the bed and sleeps with his human friends before he wakes them up at around 5am in the morning. 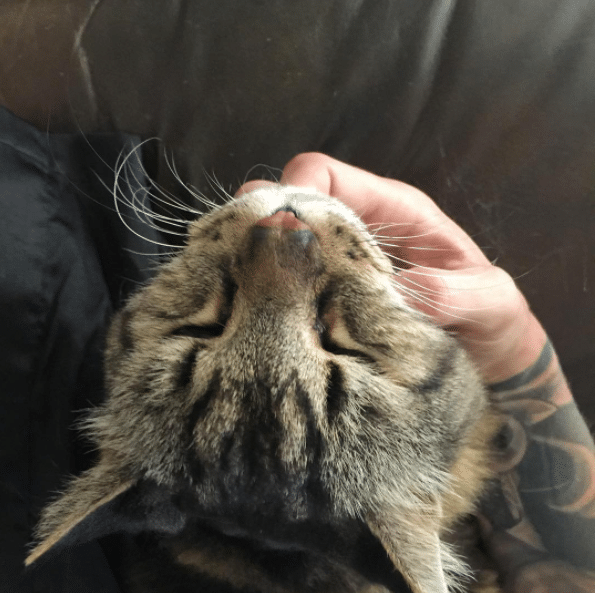 He still acts like a youngster and in no sense looks or feels like an old cat. He loves belly rubs and chin scratches a lot.

Ashley Reed Okura feels that it’s been an honor to have Corduroy in their life and they cannot imagine their lives without this loving and adorable cat. 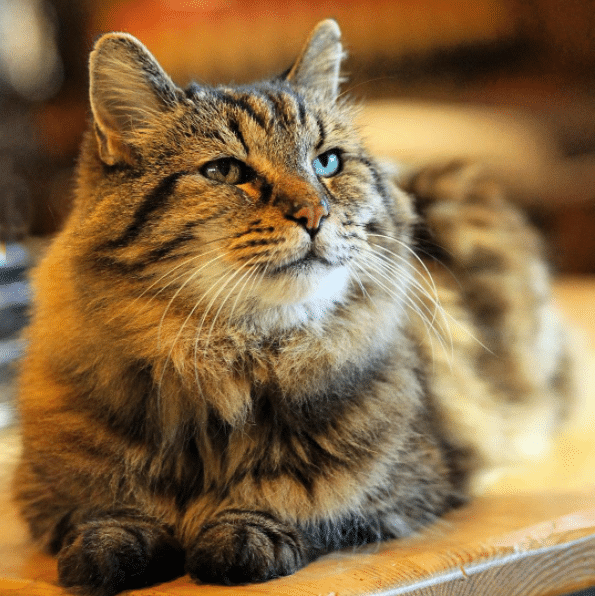 Their only wish is to give this wonderful companion cat a healthy and happy life forever. Despite being on low- protein diet to protect his kidneys this oldest domestic cat is in an amazingly very good health. 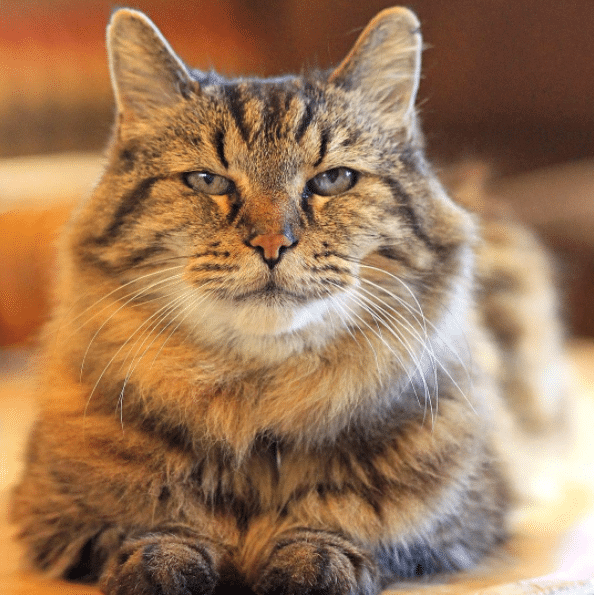 The oldest living cat has almost  20,000 followers on social media and the number seems to be growing every passing day. This cat seems to be leading his life king-size.