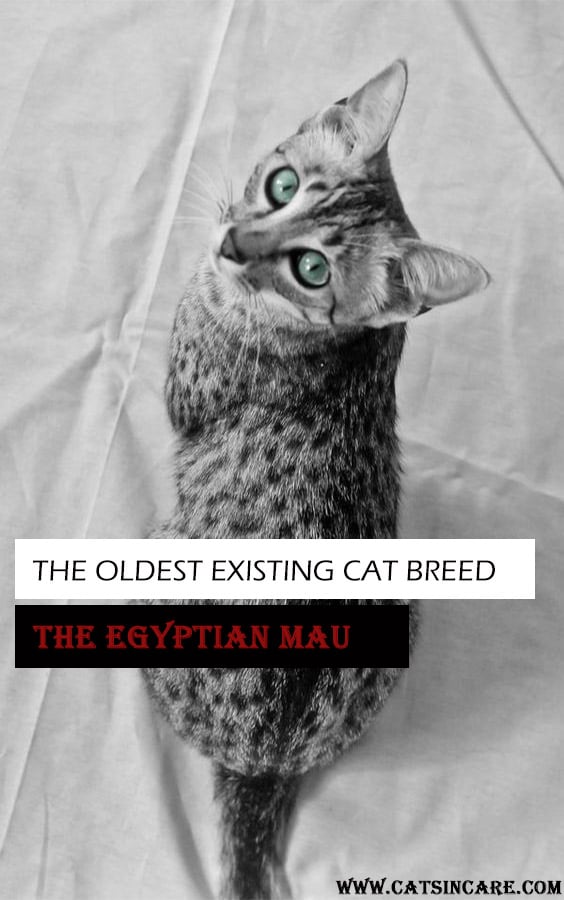 The exotic looking Egyptian Mau has a royal appearance and also has the distinction of being the oldest cat breeds and the only cat breed that is spotted. Ancient paintings, pictures and sculptures have depicted the spotted cats that date back to the Egyptian era when cats were regarded as sacred. The word Mau means sun or cat in ancient Egypt and the ancient Egyptians looked at them as God. The other word that is related to the Mau is natural since they are naturally spotted cats. The pictures also are evidence that the predecessors of the Mau were the same cat that ancient Egyptians worshipped.

The Egyptian Mau was considered to be associated to the subspecies of the spotted African wild cat. These cats were held in high regard, worshiped, protected by law and mummified after death in the ancient Egypt. According to the records an Egyptian Mau especially a female one was scheduled to travel with the exiled princess from Russia Nathalie Troubetskoy from a historic city from Italy to the United States. In the year 1956 the first Egyptian Mau arrived with the princes to the shores of America. Today this cat breed is ranked the twentieth most popular cat breeds. 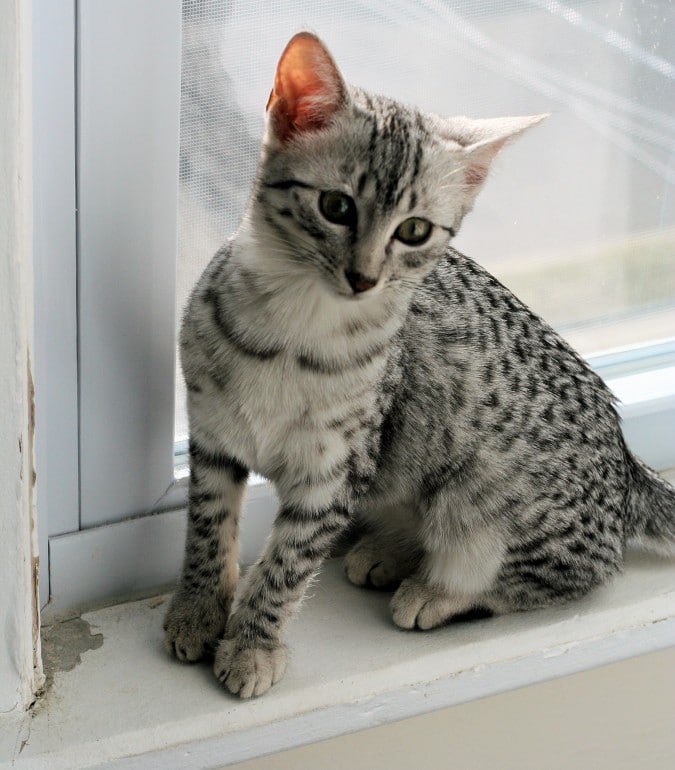 Even if they are domesticated these cat breeds characteristics from their ancestors is still maintained. These features include the cheetah design, and a loose flap type skin that allows this cat extreme agility and freedom while jumping.

Since it is the oldest existing cat breeds the Mau has the distinction of being the only natural spotted cat. Ancient Egypt was the birthplace of this regal looking cat breed, which we all know by the name Egyptian Mau. The ancestors of this cat were depicted in paintings, sculptures and artworks of Ancient Egypt and had the unique spotted coats, with kohl eyes and can be easily visible in today’s Egyptian Mau. There is archeological and genetic evidence to show that these cats existed and originated in Egypt.

The Mau’s arrived in North America in 1956 when three Mau’s, two females and one male came with a Russian Princess. The Mau got recognition by the International Cat Association in 1979. Only in the 20th century Europeans started showing interest in this cat breed. Cat breeders from France, Italy and Switzerland started working and developing this breed, but when the World War ll began, few Mau’s were killed. Some Mau’s that survived the war were brought to the US and some were brought from Egypt as well. People wanted to preserve and develop this cat breed, but due to limited gene pool of this cat they had to crossbreed them. Few more Egyptian Mau were imported and successfully bred. Mau’s got recognition from the CFA in the year 1969 and was given the championship status in the year 1977 and now all cat registries have recognized this regal cat breed.

The spotted design offers good contrast between the color and pattern. They have random patterns of any size or shape of different spots. The spots can be large, oblong, round or any combinations. The face has tabby markings with a distinct “M” mark on their forehead, also known as scarab beetle mark. The cheeks are graced with two marks as if they are drawn using a mascara. The Coat is soft, silky and smoke colored. Eyes are almond shaped and green in color similar to that of a gooseberry. The Mau’s are referred to as the greyhound a popular dog breed of the cat world because they can run at the speed of 30 miles per hour. These athletic cats can leap six feet high from their standing position. The Mau’s prefer to lie on their feet rather than being carried and placed on laps. The hind legs of these cats are longer than the front legs. The tail is thick at the base, which tapers at the end. The Mau’s also come in solid black, blue spotted, blue silver, blue smoke, and solid blue. These colors are not allowed in cat shows. They have somewhat flared up ears that are medium to large, pointed, broad at the base and looks as if it is always alert.

These cat breeds display their emotions whenever they are happy. They tend to vocalize with a quiet and pleasant voice, and move their tail rapidly. These family oriented cats are devoted to their family members and love playing with them like fetching a toy, stalking or chasing. It is a moderate to highly active cat breed who loves to climb trees and reach top places. These cats will enjoy scratching on a scratching post that will allow them to stretch. Yes, these are one of those cat breeds that love being in water. If not playing they can sit on your lap for some time. Due to their striking good looks these cat breeds can get stolen if left outdoors.

Due to genetic differences both the purebred cat as well as the crossbreed have some health issues that are genetic in nature. Usually healthy, these cats can live up to 15 years and weigh about 6 to 14 pounds. Regular health checkup will help identify if the breed suffers from dental, kidney and liver problems. They do not need any special grooming as their short coat can be self-maintained, but weekly once brushing will help prevent hairball formation since they shed little hair.

Due to their shy nature these cats can easily get upset by loud and unpleasant noises, but if you train them to accept these sounds early on in their life they will learn quickly. They have an extraordinary sense of smell, sound and sight. The Mau’s love any playful activity that involves hunting and if they are left outdoors they can turn into good hunters. They don’t get along well with strangers, are curious and intelligent creatures. They can master tricks easily and competent to make various sounds.

Egyptian Mau with Children and Pets

The Mau is a perfect choice for families that have children and pets like dogs. They enjoy the attention that they receive from children who treat them with respect. They particularly love school going children and stay away from toddlers since school children have the same energy like these cats. If your dog doesn’t give him any trouble they will surely enjoy their company. Due to their hunting nature it is not safe to have birds in the house.

The Mau is an extraordinary cat breed that will worship and show their loyalty towards their owners.