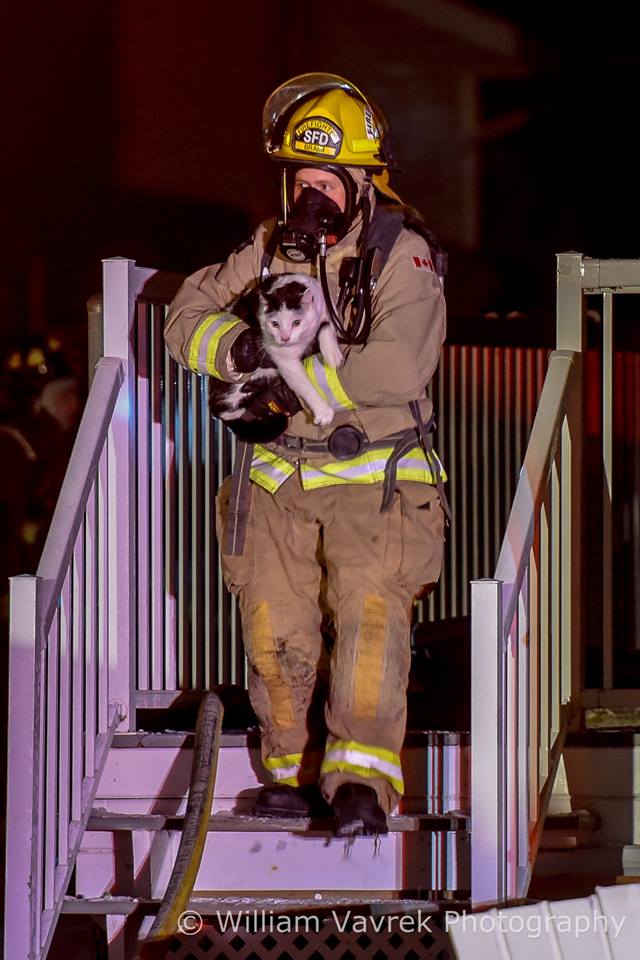 Early morning on Thursday, the firefighters got a rescue call from a family in Clairmont, Alberta about a fire accident. It was the family cat that was partially responsible for rescuing the lives of the family members. This cat was the first one to notice the fire and immediately alerted the family members about it. At around 3:30 am, this hero cat crept into the parents’ bedroom and woke the mother by biting her arm to warn her. The parents and their two children were sleeping when this hero cat played the rescue act by successfully helping the family escape the fire without any harm. All thanks to the smart thinking of their feline friend.

The entire family was woken up in time to escape the fire engulfing the house. The Chief of Fire department, Trevor Grant, in a statement said “A cat is being credited with alerting the family to a fire in their home early this morning”. “The family escaped without any injuries” The local firefighters were also able to rescue a second cat from the site. 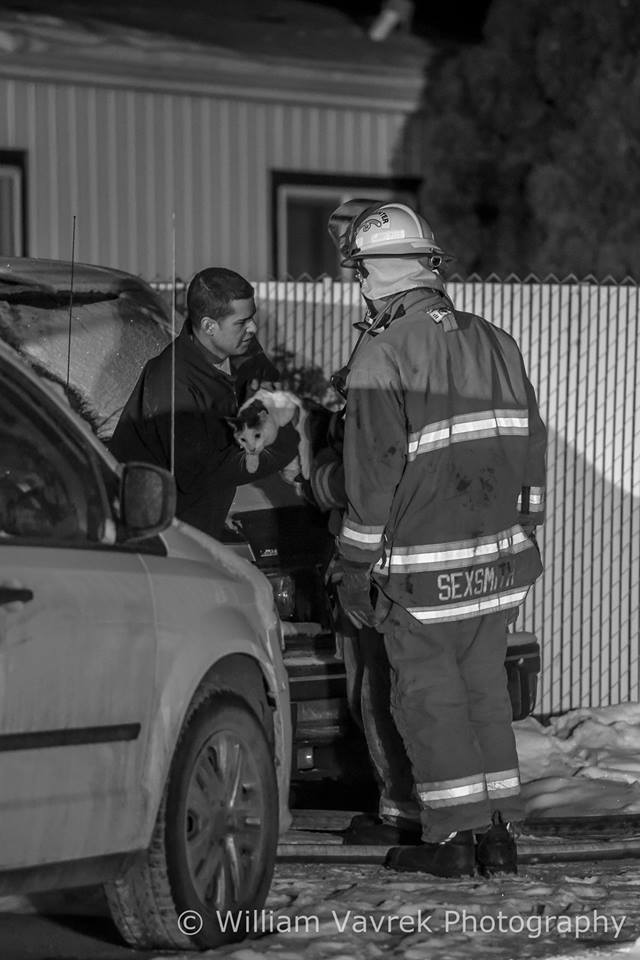 Immediately after the fire crew doused the fire, a freelance photographer William Vavrek arrived at the site. Vavrek said he arrived at the trailer after seeing the smoke coming from the house. William Vavrek took the pictures as the firefighters from Clairmont, Sexsmith and Dunes fire station worked to douse the fire to the underside of the trailer home. Mr. Vavrek stood at the site and captured all the crucial moments on his camera when one of the firefighters was seen carefully carrying one of the family feline friend down the stairs.

Mr. William Vavrek photograph was featured on the front page of several local newspapers. His captured images were even circulated online on various websites. When Vavrek posted these images on his photography page, several Facebook users commented on this hero cat. Some even wrote “fantastic” on reading about the remarkable feat of this hero cat. Vavrek photography website has several such remarkable photographs of triumph, victory and many such heroic deeds that tends to go unnoticed on most occasions or are not given sufficient credit that is needed.

The firefighters of the County of Grande Prairie Fire Department in Alberta, Canada are extremely elated that the family and their loyal feline friends are safe. The family in the meantime along with their hero cat, is at present staying elsewhere as the fire officials are investigating the cause of fire.

Rosie The Rescue Kitten and Her Best Friend The Three Huskies

Corduroy, The Oldest Living Domestic Cat In The World’s