Cornish Rex cat breeds is a domestic cat breed with no hair except for the undercoat. Cornish Rex is a curly hair cat breeds, which is a result of a genetic mutation that is varied from the Devon Rex cat breed. The Cornish Rexes have originated from Cornwall, England. These cat breed have an overall curly and curved profile with very expressive ears that are large. This is an enthusiastic and full of energy feline that is a natural breed caused due to mutation.

This cat has been referred to as the Greyhound of the cat breed due to their long legs that is complete with a tuck-up. One can easily recognize a Cornish Rex due to their wavy curls that garners immediate attention. The unique shape of their fur makes this cat breed a good choice for anyone who suffers from allergies as they don’t tend to aggravate the problem.

Their egg shaped head, along with large oval eyes; tall ears give them a very expressive look. Their standout feature is their long toes, which these cats can easily use as hands.

The very first Cornish Rex cat breeds was found on a farm in Cornwall, England in the year 1950. It was here a tortoise shell and a white domestic cat gave birth to five kittens. One male kitten from the litter was white and orange with curly coat and was name Kallibunker. This kitten was different from the other kittens in the litter, his hair was curly, short and his body was long and flexible, which was exactly opposite to the body structure of his siblings and mother. Kallibunker had long and large ears, slender body frame and tail, and a wedge shaped head.

A British geneticist studied the curly fur of this kitten and came to conclusion that the fur of this male kitten was very similar to the fur of the Rex rabbit. On the geneticist advice Kallibunker was crossed bred to his mother that resulted in a litter with one straight coat kitten and two kittens from the litter were curly coated. The next breeding also produced kittens with curly coats. It was then decided to name this unique cat breed Cornish Rex because of its resemblance to the Astrex rabbit, which also had a curly coat.

Cat fancier Fran Blancheri got two Cornish Rex cat breeds to America in 1957. One of them died immediately while the other one survived and produced kittens of the Rex breed. These kittens were considered the foundation breed of this cat in America. The gene for the Cornish Rex is recessive and hence it was necessary to breed two closely related cat breeds.

The gene pool of this breed was small and it was felt necessary by the breeders to maintain the genetic diversity of this cat breed and hence they started using other breeds like the Siamese, Havana Browns, American Shorthairs and the domestic shorthairs for breeding. This helped in preserving the genetic diversity and offered a wide choice of colors and patterns to choose from.

As soon as it was found that the breed was healthy and was very diverse, the out crossing has been disallowed. Various cat registries in North America have accepted this cat breed and the CFA has given the Cornish the championship status in the year 1964.

On first look you might feel this cat to be very delicate, but you will be surprised to know that this cat is a very hardy breed and requires no special care and attention. It is a very active and energetic cat that likes its environment. Most cats outgrow their kittenish behavior once they turn adults, but in case of Cornish Rex they tend to remain like a kitten until adulthood.

They will play like kittens and will never lose interest in games. Under the short fur there is a strong set of muscles and bones. The fur is curly and wavy and lies very close to their body. Due to the lack of guard hairs the Cornish Rex is very soft to touch.

Due to the short hair they don’t need special grooming and shed very little. A lot of cat fancier compare their coat with warm and soft velvet. These cats come in a variety of colors and patterns, which includes solid, lilac, blue, black, brown, chocolate, cream and red. The most visible color is black and looks just spectacular. The patterns are tabby, spotted, bi-color, and pointed.

The paws are oval and long, which gives it an appearance as if it is walking on its toes. The head is egg shaped; ears are tall and large, with oval and expressive eyes with a little slant upwards. Females weigh between 5-7 pounds and males weigh between 8-10 pounds. These cats can live up to 15 years and some may live longer. Since this is an active cat they eat a lot. Obesity can be problem if you overfeed these cats. The price of the Cornish Rex is $600 and more.

People who like an active life Cornish rexes are a perfect cat breed for them. These cats take everything lightly and enjoy every occasion to the fullest. They are very sociable and enjoy company of people. These cats are extremely outgoing with their special human friends and do not hide their emotions. They are easy to train, handle, intelligent and always alert.

For winter months these cats can provide you with more warmth when they sit on your laps. They have the knack of stealing food from your dinner table if you leave the food unattended. Cornish’s are good sprinters, climbers and enjoy leaping from one place to another. Nothing is safe from the hands of these cats.

Due to the unusual coat these cats can suffer from hypothermia if they are left to stay outdoors in chill weather conditions and also their body can overheat if they stay outdoors in summer. These are good indoor cats and their body temperature is slightly higher as compared to other cats. Due to their high activity levels these breeds can tend to be very hungry and cat owners should feed them healthy food. This adventurous breed is easy to care. Some cats with long and wooly hair will need soft brushing with a fine-tooth comb. Groom their hair gently without harming their skin.

Cornish Rex is extremely playful cats with kittenish behavior throughout their adulthood. They are intelligent and hence learn tricks very quickly. They will play a game of fetch and play interactive games. Whenever they are excited they tend to perform funny acrobatics. These adventurous cats can adapt well with any situations.

Cornish Rex with Children and Pets

They do not harm children, but tend to get along well with shy children. These cats are friendly with other cats and dogs and do not have any problem with them.

Cornish Rex is a versatile cat breed with a vibrant mood that can match every occasion. A perfect cat for all seasons. 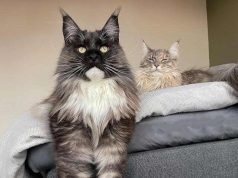