Can cats eat canned tuna, Most cat owners love to share human food with their cat. Whenever you find your cat coming near you for a small snack you tend to give some treat as a token of love. The treat can be anything from leftover food, a small steak, biscuits, bread, or even canned fish.

So can cats eat tuna? There are certain types of food that we need to avoid feeding cats as they can harm their health and are not suitable for them. Some foods can even kill them. Certain human foods are not at all suitable for cats and no matter how much they beg for such foods, you should not be feeding your cats these foods.

Taking care of cats is not easy and you would want to ensure that everything that your cat eats is safe and healthy. As an owner of a cat you should be aware of foods that can be harmful for your cat, so that you can only feed them food that they can digest. One such human food is canned tuna and cats love eating them. The next question is can cats eat tuna in a can?

Fish is a good source of proteins, but certain nutritional deficiencies in canned tuna can harm your cat. Cats can eat canned tuna in very small quantities and certainly not on a regular basis. Eating tuna is not natural for cats. Usually fish is not a natural diet for cats. Though they love the smell and taste of fish. This is because fish is also a kind of meat. Tuna is found in oceans and cats never encounter them naturally. Regular feeding of canned tuna for cats can cause severe malnutrition. It can lead to neurological symptoms like seizures, and loss of equilibrium.

Related: Canned vs Dry Cat Food, Which One Is Best

Tuna contains high levels of mercury, which is not suitable for cats. It can lead to mercury poisoning. Mercury in tuna is harmful for humans too. Cats can get addicted to canned tuna, and an occasional tuna won’t harm your cat. Tuna doesn’t provide all the nutrients required for a cat. Too much mercury can lead to mercury poisoning. Excess tuna can cause Vitamin E, sodium, copper and calcium deficiency, which can cause inflammation.

This can be extremely painful for cats. This health condition is called Yellow Fat Disease. The canned tuna for humans contains enzymes that are capable of destroying thiamine. A cat eating canned tuna will experience thiamine deficiency leading to number of neurological problems like seizures and loss of equilibrium if not treated on time.

Can cats eat tuna in water?

It is generally safe for cats to eat tuna, as long as it is cooked and does not contain any bones. In fact, many pet food brands make wet food formulas that contain tuna as the main protein source. However, it is important to note that feeding your cat too much tuna can lead to mercury poisoning, so it should only be given in moderation. When feeding your cat tuna, be sure to choose a product that is canned in water, rather than oil or another liquid. This will help to ensure that your cat gets the hydration they need along with the nutrients from the fish.

Cats are obligate carnivores, which means that they require animal protein to survive. In the wild, cats typically eat small prey items like rodents or birds. This diet is relatively high in protein and low in fat, which helps keep cats lean and agile. Domestic cats can also thrive on a diet of commercial cat food, as long as it is nutritionally complete.

While tuna is a good source of animal protein, it is relatively low in other nutrients that cats need. In particular, it is lacking in taurine, an amino acid that is essential for heart health. Cats who eat tuna every day may therefore be at risk for developing heart disease. Additionally, tuna can be high in mercury, which can be toxic to cats in large quantities. For these reasons, it is best to feed tuna to cats only occasionally as part of a well-balanced diet.

It is safe to give your kitten small amounts of canned tuna as a treat. While tuna can be a healthy protein source for cats, it should not be given as a meal replacement. Kittens need the nutrients found in cat food to grow and develop properly. In addition, canned tuna can contain mercury, which can be dangerous for kittens in large quantities. If you do give your kitten canned tuna, make sure it is packed in water, not oil, and only offer a small amount as an occasional treat.

Is tuna good for cats?

One of the main problems about feeding canned tuna for cats is that tuna lacks a lot of nutrients that is needed for a healthy cat. It is nutritionally incomplete. It is a poor substitute for cat food. Tuna can cause allergies in many cats. A large number of commercial cat foods do contain added taurine that is essential for feline growth. Lack of taurine can cause severe health problems, which includes retinal degeneration, heart problems, hair loss, and blindness.

Any type of food that lacks the required nutrients for the development of a healthy cat should always be avoided at any cost. Tuna is rich in unsaturated fats, which is good for humans, but bad for a cats health. Cats consuming canned red tuna are more prone to inflammation.

Since cats love the taste and smell of tuna it becomes very difficult for pet owners to cut out canned tuna from their diet. Occasional treats are fine and will not harm your cat. Avoid excessive feeding of tuna and monitor the amount of canned tuna you feed to your cat. There is always a chance of cats getting addicted to tuna.

You can even mix canned tuna with other fish varieties so that it becomes easier to decrease the amount of tuna in the cats diet. Commercial cat foods do not pose the same amount of risk as canned tuna for cats. The various other ingredients in the commercial food can make up for any deficiencies and prevent malnutrition.

If you still want to feed your cat canned tuna, then it is better to feed them commercial tuna cat foods instead of canned tuna meant for humans. Make sure the quality of tuna is high. 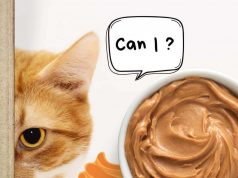